As described in a fresh new approach to digital albums, events tend to serve as the main organizing construct for media, better than boring old albums. It's straight forward for users to create an event in an album and upload or import media to be part of that event. Many users are doing this already during our Private Beta.

Beyond that, GreatAlbum offers a unique and exciting feature, where it can auto-create events based on media that you import from remote sources (like iCloud and Google Photos) or upload directly to GreatAlbum.  Here are the basics of how this works... 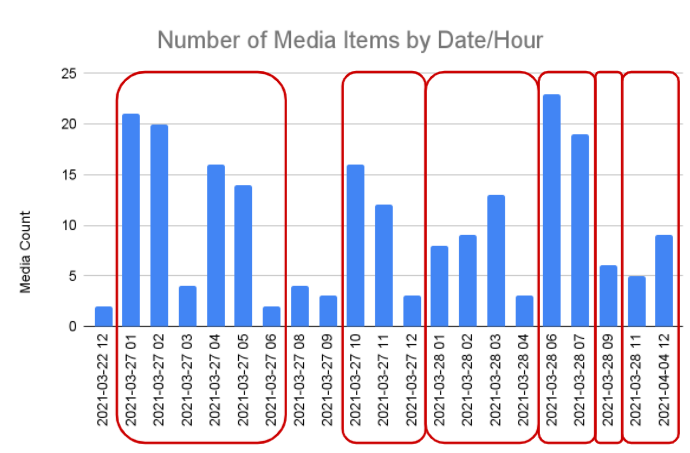 If you look closely at the example in the chart, you'll notice:

This is a very basic approach for now. Eventually we want to include geo-tagging (location) as part of the medial cluster recognition, but Google does not allow any third party app to access location information for its photos, so we have to solve that limitation first.

As we continue with our Private and then Public Betas, we will continue test the thresholds of how many photos in an hour should trigger a new event (cluster length), and how long of an hour gap can exist between photos and still be part of the same event. Right now, we use 0 hours as the gap. If we increase the hour gap to 1, then the media cluster engine would have auto-created only two events in the chart above - one for all media on the 27th and another for all media on the 28th - because the gap between photo groupings on each day was never more than an hour.

Help us to achieve our mission.